A review of the ‘Living Planet‘ hall, at the Museum of Natural Sciences in Brussels, visited in January 2021.

In September 2020, The Museum of Natural Sciences announced a new permanent exhibition called ‘Living Planet’. This addition even made the news. The museum is very proud of it.

Unfortunately, all I saw was a terribly perverted way of presenting ‘nature’ to an already vastly urbanized audience, with an emphasis on children. I found it utterly dystopian.

Taxidermic specimens are exhibited as if they’re part of a contemporary art show: isolated, without context, in a white, unimaginative space. The immense gap between the perception of us, humans, compared to the rest of the animal world is made painfully clear. Touch screens – probably broken within a couple of years – gave minimal information on the individual species or their relation. The installation looked more like a high-end shopping mall.

Compared to this presentation, a zoo seems like a reasonable environment for wild animals. For other parts of the exhibition an array of abstract video projections of water or fire and close ups of plants were used – again as if they were channeling Bill Viola’s work in an attempt to achieve ‘immersion’. Immersion in what? In videographic exhibition design? All this equipment and styling will be outdated within a blink of an eye.

Half baked, stylized references to the traditional natural history dioramas were put in place, without even trying to aim for any form of illusion of a species in their actual habitat. Perhaps the museum thought to emphasize the laboratory part of natural science, but this completely disregards the engagement of natural sciences with actual natural environments.

Animals are being cut loose from their landscapes, all references to endangered ecosystems are gone or at least filtered out by colored led lights, the space for that replaced with white void or exhibition design that looks like it was conceived by tv studio builders. Maybe they simply thought it was ‘edgy’, in which case I wouldn’t even know where to begin to address a shallow mishap like that.

This is not worthy for any museum of natural history or natural sciences of this scale. This is an attempt at turning natural sciences into a multimedia theme park, while increasing the already substantial distance between the audience and its relation to wilderness.

In any case, ‘Living Planet’ is the worst title for a department pretending to represent life in dead, technological spaces. 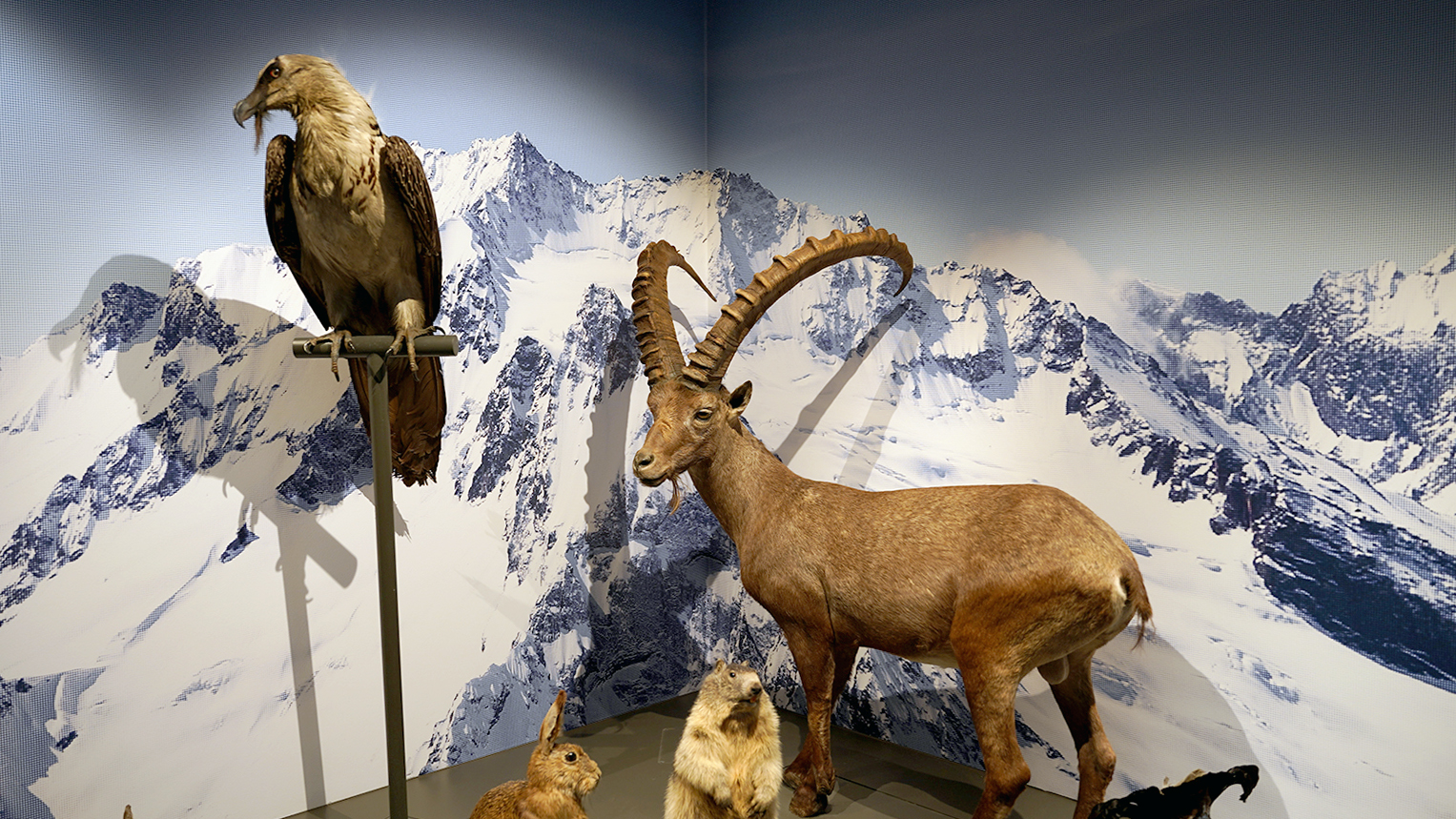 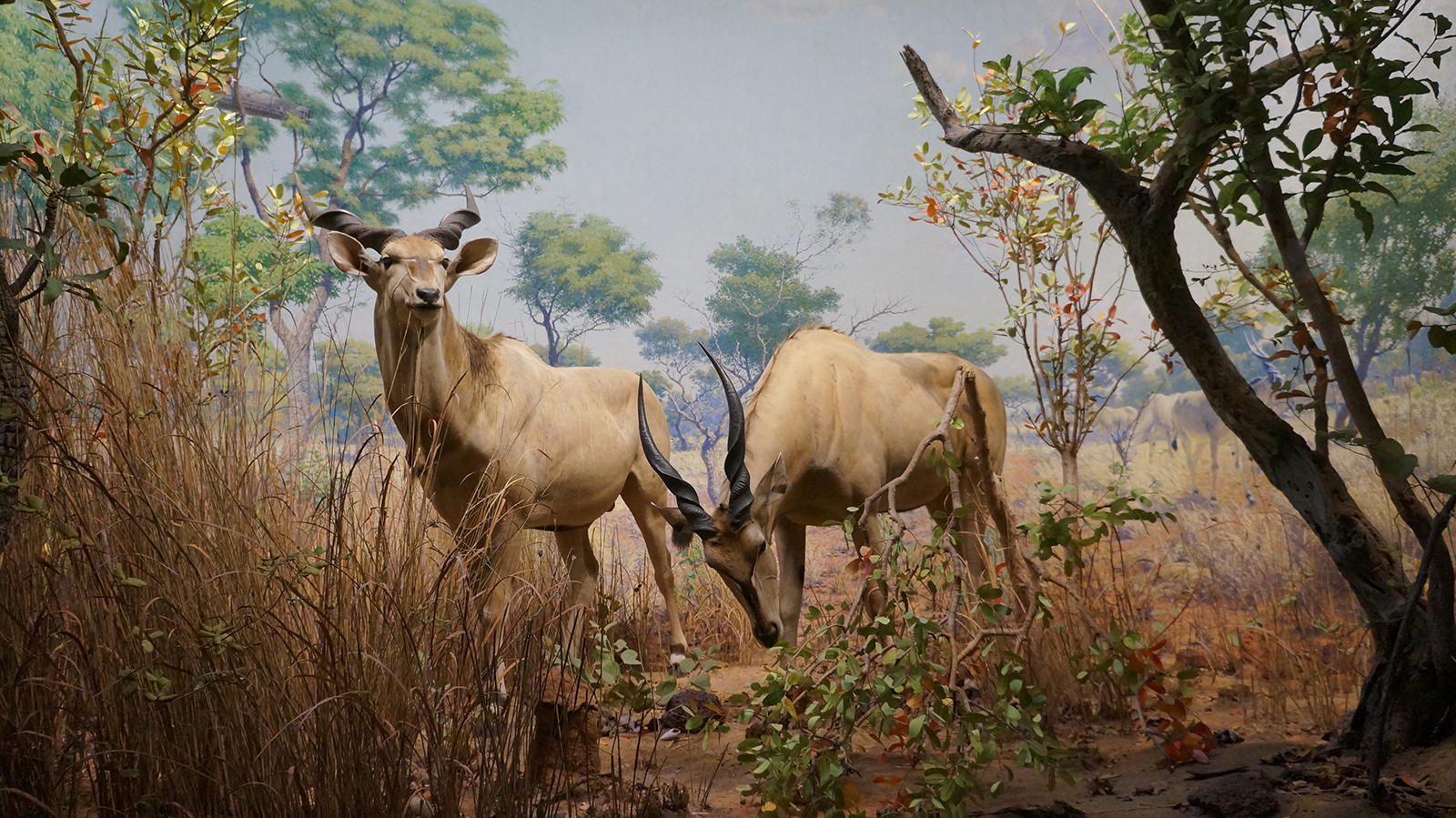 After I posted some images with critical captions reflecting the text above via the Instagram stories feature, in which I tagged the museum, the museum sent me a personal message:

Thanks for your critic remarks. As museum we want to show our visitors that biodiversity is important; we want to do so, not by mimicking nature (it is just not possible to do that in a building *), but by using a large variation of museological means: video, animation, games but also naturalised collections. In that first part of the gallery we would like to amaze visitors with the incredible diversity of life on earth. In the other parts we highlight the connection between life forms, and the vulnerability of ecosystems.

All the specimen we are exhibiting have a scientific value; thanks to them scientists can enhance our knowledge of what biodiversity is. Without knowledge we wouldn’t know what and how to protect. We are convinced that those naturalised specimens deserve a place in the exhibition hall, instead of being stocked in the scientific conservatory. No specimen has been killed for the exhibition; they died of old age or disease. Kind regards, the Museum team

To which I replied:

Dear museum team, I think you misunderstand my criticism – my modest amount of followers know that I’m working on a PhD in arts (in digital animation no less, at KU Leuven/LUCA School of Arts Brussels) focusing on simulated nature and dealing with ecological grief. The habitat diorama is one of my research fields, and I compare the depiction of nature in museum settings. Within his – also scientific – context, it’s just silly to mention the value of taxidermic specimen or how they came to be, since I’m absolutely aware of this. My objections are aimed at the presentation, and its implications. I’ve written a more thorough ‘review’ on my Facebook. Social media is not the best means to discuss this, but I’d love to meet with the people involved to hear about the decision making process for the Living Planet hall. Best regards!

As of today, I haven’t heard back yet.